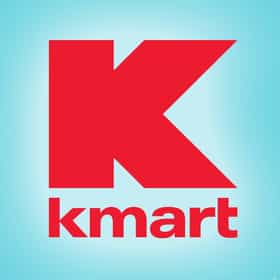 Kmart is an American chain of discount department stores headquartered in Hoffman Estates, Illinois, United States. The chain purchased Sears for $11 billion in 2005, forming a new corporation under the name Sears Holdings Corporation. The company was founded in 1962 and is the third largest discount store chain in the world, behind Walmart and Target, with stores in the United States, Puerto Rico, the U.S. Virgin Islands, and Guam. It also previously operated stores in Canada, Mexico, and Eastern Europe. As of October 20, 2014, the company operated a total of 1,077 Kmart stores. In 2013 it had operated 1,221 in 49 states, Guam, Puerto Rico, and the U.S. Virgin Islands, including 1,196 ... more on Wikipedia

Kmart is ranked on...

#19 of 37 People who voted for Kmart... are 34x more likely to vote for Sears on this list are 15x more likely to vote for Big Lots on this list The Best Department Stores in the US 5.3k VOTES This list of department stores chains and major hypermarkets in the US will help you get your shopping spree on in a serious...
#23 of 24 The Best Kitchen Supply Stores 550 VOTES Whether you're a budding chef or unsure of the best way to boil water, you know you need a well-stocked kitchen to successfu...
#3 of 7 The Best Australian Department Stores 974 VOTES A List of Australian Department Stores. These are the best department stores with a location open in Australia. These reta...
How Storefronts Evolved Over Time 24.9k VIEWS If you grew up in suburban America, chances are you saw dozens of corporate storefronts and logos evolve right in front of y...

Kmart is also found on...