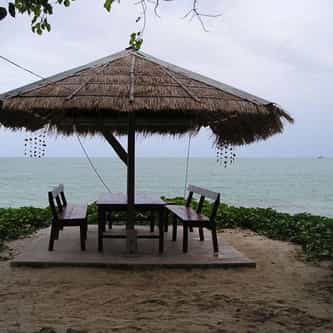 Ko Samet is one of the Eastern Seaboard Islands of Thailand. It is in the Gulf of Thailand off the coastline of the Thai province of Rayong, approximately 220 kilometres southeast of Bangkok. Ko Samet is part of the Phe Subdistrict of the Amphoe Mueang Rayong, of Rayong Province. Ko Samet is the largest and westernmost of a cluster of islands not far from the coast. Ko Samet is 6.5 kilometres south of mainland Rayong Province. Popular with foreign tourists and as a weekend getaway for ... more on Wikipedia

Ko Samet IS LISTED ON