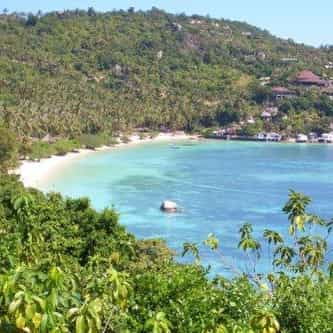 Ko Tao is an island in Thailand and forms part of the Chumphon Archipelago on the western shore of the Gulf of Thailand. It covers an area of about 21 km². Administratively it forms a tambon within the district Ko Pha Ngan of Surat Thani Province. As of 2006 its official population was 1,382. The main settlement is Ban Mae Hat. The economy of the island is almost exclusively centred on tourism, especially scuba diving. Ko Tao was named by its first settlers after the island's ... more on Wikipedia

Ko Tao IS LISTED ON