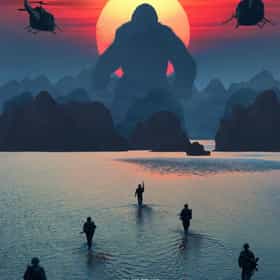 Kong: Skull Island is a 2017 American monster film directed by Jordan Vogt-Roberts. The film is a reboot of the King Kong franchise and will serve as the second film in Legendary's GodzillaKong film series. In the 1970s, a team of explorers and soldiers are brought together to venture deep into an uncharted island in the Pacific - as beautiful as it is treacherous - unaware that they are crossing into the domain of monsters, as well as the mythic Kong, the "king" of the island. ... more on Wikipedia

Kong: Skull Island is ranked on...