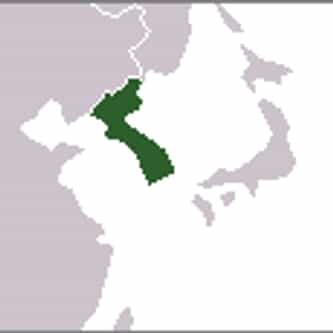 Korea, called Hanguk in South Korea and Chosun in North Korea, is an East Asian territory that is divided into two distinct sovereign states, North Korea and South Korea. Located on the Korean Peninsula, Korea is bordered by China to the northwest and Russia to the northeast. It is separated from Japan to the east by the Korea Strait and the East Sea. Korea emerged as a singular political entity after centuries of conflict among the Three Kingdoms of Korea, which were unified by Silla ... more on Wikipedia

3.5k votes The 13 Best Korean Anime You Should Check Out