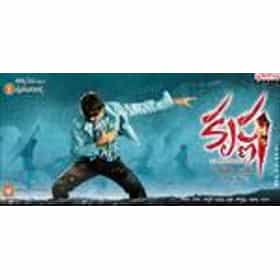 Krishna is a 2008 Telugu romantic action comedy film starring Ravi Teja and Trisha Krishnan. The film is directed by V. V. Vinayak and produced by B. Kasi Vishwanatham. The film released on 12 January 2008, during the Sankranthi festival. It was dubbed into Hindi with same name and in Tamil as Madhura Thmiru. It was remade in Bengali as Awara, starring Jeet and Sayantika Banerjee and in Kannada as Rajni with Upendra. In 2013 movie was dubbed in Hindi under the title Krishna: The Power of Earth. This film has brought some fame to the noted Tamil actor Kadhal Dhandapani in Telugu. ... more on Wikipedia

Krishna is ranked on...