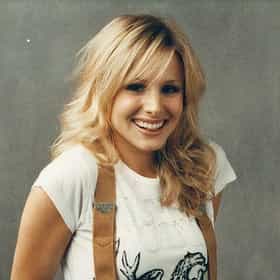 Kristen Anne Bell (born July 18, 1980) is an American actress. She began her acting career by starring in stage productions while attending the Tisch School of the Arts at New York University. In 2001, she made her Broadway debut as Becky Thatcher in The Adventures of Tom Sawyer and starred in the Broadway revival of The Crucible the following year. In 2004, she appeared in the action thriller film Spartan and received critical praise for her performance in the television drama film Gracie's Choice. Bell garnered critical acclaim for her first major role as the title character in the teen noir drama television series Veronica Mars (2004–07). For her performance, she was awarded a ... more on Wikipedia

Kristen Bell And Dax Shepard Don't Consider Each Other To Be "The One" 148.9k views Not everyone believes in love at first sight, soulmates, or finding "the one." That belief doesn't necessarily mak...
The Best Kristen Bell Movies 1.7k votes List of the best Kristen Bell movies, ranked best to worst with movie trailers when available. Kristen Bell's highest gros...
Kristen Bell Loves and Hookups 19.9k views Who is Kristen Bell dating? Many famous men have dated Kristen Bell, and this list will give you more details about these lu...

Kristen Bell is ranked on...

Kristen Bell is also found on...