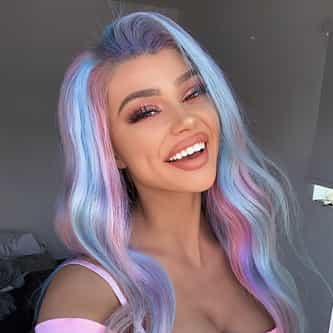 Kristen Hancher (born May 17, 1999) is a dancer, actress, and singer best known for her musical.ly account. She posted a lip sync of "Regret In Your Tears" alongside Nicki Minaj in May of 2017. She launched a web series on YouTube titled Misshaps in June 2017. She became part of a collaborative YouTube channel called Muser Family in September of 2015, joining fellow musical.ly personalities, like Loren Beech and Taylor Skeens. ... more on Wikipedia

Kristen Hancher IS LISTED ON