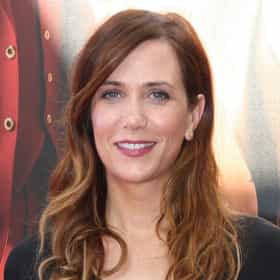 Kristen Carroll Wiig (; born August 22, 1973) is an American actress, comedian, writer, and producer. She was born in Canandaigua, New York, and raised in both Lancaster, Pennsylvania, and Rochester, New York. She later relocated to Los Angeles, where she broke into comedy as a member of the improvisational comedy troupe The Groundlings, and made her television debut in 2003. Wiig joined the cast of Saturday Night Live in 2005, and the following year, she appeared in the Christmas comedy film Unaccompanied Minors. After appearing in a series of supporting roles in comedy films such as Knocked Up (2007), Adventureland (2009), Whip It (2009), and Paul (2011), she starred in, and co-wrote ... more on Wikipedia

Kristen Wiig is ranked on...

Kristen Wiig is also found on...