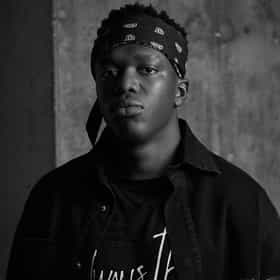 Olajide William "JJ" Olatunji (born 19 June 1993), better known as KSI (shortened from his online alias KSIOlajideBT), is an English YouTube personality, rapper, comedian and actor. After establishing himself on his YouTube channel, which, as of October 2017, has reached over three billion video views and more than 17 million subscribers as the 35th most subscribed channel, he has also become well known for his music. KSI released his debut EP Keep Up in 2016, reaching number one on the UK R&B Albums Chart as well as charting in several other countries. ... more on Wikipedia