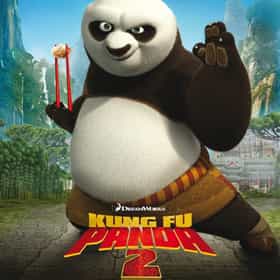 Kung Fu Panda 2 is a 2011 3D American computer-animated action comedy-drama martial arts film, directed by Jennifer Yuh Nelson, produced by DreamWorks Animation, and distributed by Paramount Pictures. It is the sequel to the 2008 film Kung Fu Panda and the second installment in the Kung Fu Panda franchise. In the film, Po and his friends battle to stop a would-be conqueror Lord Shen with his powerful new weapon, with the giant panda discovering a disquieting link to his past in the process. The cast of the original film reprised their voice roles while the new villain, Lord Shen is voiced by Gary Oldman. The film was released on May 26, 2011 in Real D 3D and Digital 3D. Kung Fu Panda 2 ... more on Wikipedia