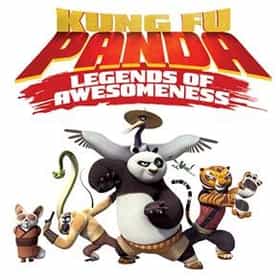 Kung Fu Panda: Legends of Awesomeness is an American computer-animated television series spun off from the Kung Fu Panda films. It takes place after the first film, showing Po's training to becoming a successful Dragon Warrior, where the second film is, according to the series' executive producer Peter Hastings, "not unlike a very long, super-deluxe 3-D version of one of our episodes". The series was originally set to air on Nickelodeon in 2010, but it was pushed back to 2011 instead. Two special previews were aired on September 19 and October 21, 2011 and it officially premiered on November 7, 2011. Three seasons have aired since then. The third season's broadcast has been ... more on Wikipedia

Kung Fu Panda: Legends of Awesomeness is ranked on...