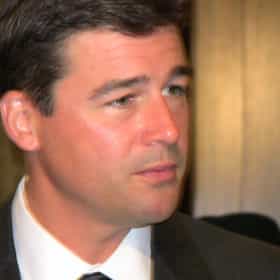 Kyle Martin Chandler (born September 17, 1965) is an American actor. Making his screen acting debut in a 1988 television film, Chandler's first regular television role was in the ABC drama Homefront (1991-93). This was followed by the lead role of Gary Hobson in the CBS series Early Edition (1996-2000), for which he won a Saturn Award for Best Actor on Television. His other television roles include the short-lived sitcom What About Joan? (2001) and the legal drama The Lyon's Den (2003), both short-lived, and a well-received guest appearance on the medical drama Grey's Anatomy, for which Chandler received his first Primetime Emmy Award nomination. Chandler received widespread critical ... more on Wikipedia

Kyle Chandler is ranked on...

Kyle Chandler is also found on...