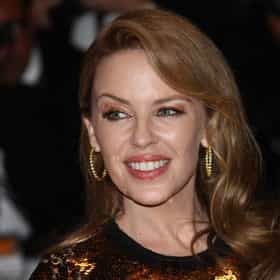 Kylie Ann Minogue, (; born 28 May 1968), also known mononymously as Kylie, is an Australian singer, songwriter and actress. Throughout her career, Minogue has been known for reinventing herself in fashion and music. She is described as a style icon and has been recognised with several honorific nicknames, most notably the "Princess of Pop". Minogue achieved recognition starring in the Australian soap opera Neighbours, where she played tomboy mechanic Charlene Robinson. She came to prominence as a recording artist in the late 1980s and released four bubblegum and dance-pop-influenced studio albums produced by Stock Aitken Waterman and released by PWL. By the time she released ... more on Wikipedia

Kylie Minogue is ranked on...

Kylie Minogue is also found on...