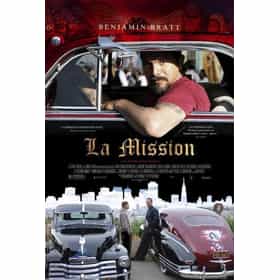 "Set in the colorful, seedy streets of the San Francisco district that bears its name, La MISSION is a story of redemption imbued with the curative power of Aztec tradition. Feared, yet respected, as the baddest Chicano on the block, Che (Benjamin Bratt), a reformed inmate and recovering alcoholic, resorts to violence and intimidation to get what he wants. A bus driver by day, Che lives for his beloved son, Jesse, his lifelong friends, and his passion for lowrider cars. Che and the “Mission Boyz” salvage junked cars, transforming them into classics.Che’s macho world is crushed when he discovers that Jesse’s been living a secret life. In a violent rage, Che pummels Jesse and throws ... more on Wikipedia

La Mission is ranked on...

La Mission is also found on...