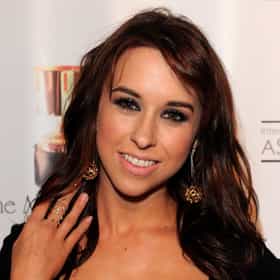 Lacey Nicole Chabert (; born September 30, 1982) is an American actress, voice actress, and singer. Chabert landed one of her first roles playing Erica Kane's daughter on All My Children. She was the third actress to play Bianca Montgomery from 1992 until 1993. She then gained prominence as a child actress on television for her first big role as Claudia Salinger in the television drama Party of Five (1994–2000). She provided the voice of Eliza Thornberry in the animated series The Wild Thornberrys (1998–2004) and two feature films. She was also the voice of Meg Griffin during the first production season of the animated sitcom Family Guy, and superheroine Zatanna Zatara in various ... more on Wikipedia

Lacey Chabert is ranked on...

#245 of 380 The Best American Actresses Working Today 194.9k VOTES There have been plenty of great American actresses throughout film history, but which female American actresses working toda...
#373 of 942 People who voted for Lacey Chabert... also upvote Lord of the Rings Franchise on The Best Movies of All Time The Best Actresses in Film History 1.1M VOTES The best actresses ever are ranked here in this list of the best actresses in film history. These are the greatest actresses...
#246 of 552 The Most Beautiful Women Of 2019, Ranked 1.4M VOTES UPDATED: Check out the most beautiful women of 2020! This list rounds up the most beautiful women in the world in 2019. Th...
#619 of 3,310 People who voted for Lacey Chabert... People in the Northeast are 3x more likely to vote for this People in the South are 2x more likely to vote for this The Most Beautiful Women of All Time 132.1M VOTES Here are the most beautiful women of all time ranked not on looks alone, regardless of their talent. Thi...
#267 of 470 Famous Women You'd Want to Have a Beer With 769k VOTES If given the opportunity to sit down for a beer with any famous female figure, which famous women would you most want to get...
#184 of 3,139 The Most Beautiful Celebrities Of Our Time 6.3M VOTES This list of hot celebrities is ranked by pop culture junkies worldwide, making it the best place to find the most attractiv...
#4 of 12 12 One-Hit Wonder Actors Who Got A Big Break But Went Back To Not Doing Much 72.4k VOTES One-hit wonders aren't a phenomenon reserved for the music world. There have been many one-hit wonder actors over the years ...
#12 of 13 Child Actors You Didn’t Realize Are Still Acting As Adults 10.9k VOTES We're so used to hearing horror stories about child actors who make a turbulent transition to adulthood that we often don't ...
#3 of 16 16 Actresses Who Would Be Perfect As Zatanna 5.4k VOTES Zatanna Zatara has a rich history in the DC Universe, dating back to her introduction in Hawkman #4 in 1964. She debu...
#73 of 98 Natural Beauties Who Don't Need No Make-Up 1.1M VOTES These stunning natural beauties include actresses, models, and singers who seem to have that incredible, effortless beauty t...
#134 of 266 Who Should Be in the 2012 Maxim Hot 100? 113.8k VOTES Maxim Magazine is accepting votes for their 2012 Hot 100 list, but I want to hear what the Ranker Community has to say. Use ...
Hallmark Channel Actors and Actresses 146.6k VIEWS The Hallmark Channel may have a primary group of talent they work with but they also employ a wide range of actors you will ...
Lifetime Movies Actors and Actresses 15.2k VIEWS Lifetime Movies employs a wide range of actors -most of which you will recognize from more than just TV movies. Lifetime act...
Famous Libra Female Celebrities 52.1k VIEWS While Libras' tendency to shift between interests quickly gives them a bad reputation for being fickle, the ability to ...
Actresses You May Not Have Realized Are Republican 304.7k VIEWS Conservative actresses list. Full list of Republican actresses in Hollywood, current and historical, with photos. Actresses ...
Your Childhood Crushes (Then And Now) 97.2M VIEWS You remember the days: sitting in front of the TV wondering which outfit Kelly Kapowski would wear today in her efforts to d...
The Cast Of 'Mean Girls': Where Are They Now? 4k VIEWS In the years since Mean Girls tried to make fetch happen, the ripples of the 2004 teen classic still resonate today. Th...

Lacey Chabert is also found on...