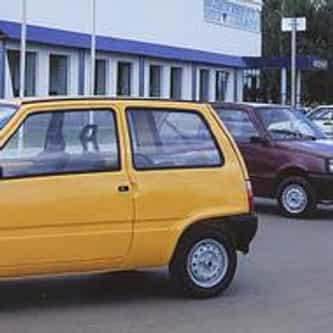 VAZ-1111 Oka is a city car designed in Russia in 1988 by AvtoVAZ featuring a 750 cc SOHC two-cylinder engine. The car was developed by AutoVAZ, by a team led by Yuri Kuteev, but it never entered volume production there. All production was sourced to SeAZ factory in Serpukhov and ZMA in Naberezhnye Chelny. There were plans to start production at the new plant in Yelabuga which never materialised. The car is also produced in Azerbaijan by the Gyandzha Auto Plant. The name comes from the Oka ... more on Wikipedia