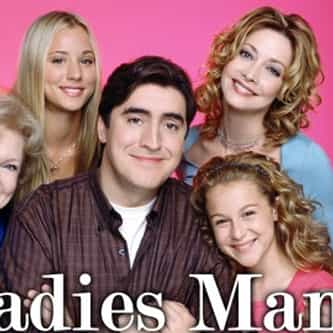 Ladies Man is a television sitcom series starring Alfred Molina as husband, father, son, ex-husband and son-in-law who lives with a number of women under one roof. The show was first broadcast on September 20, 1999, and lasted for two seasons on CBS until June 27, 2001. The series co-starred Betty White and is perhaps most memorable for reuniting White and her Golden Girls co-stars Rue McClanahan and Estelle Getty in one of the later episodes. ... more on Wikipedia

Ladies Man IS LISTED ON