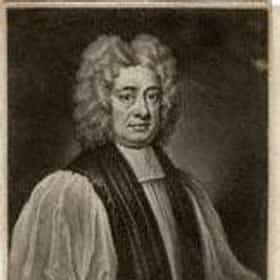 Lancelot Blackburne (sometimes Blackburn, Blackborne or Blackbourn[e]; 10 December 1658 – 23 March 1743) was an English clergyman, who became Archbishop of York, and – in popular belief – a pirate. He was described by Horace Walpole, in his Memories, as "…Blackbourn, the jolly old Archbishop of York, who had all the manners of a man of quality, though he had been a buccaneer, and was a clergyman; but he retained nothing of his first profession, except his seraglio." ... more on Wikipedia

Lancelot Blackburne is ranked on...

Pirates and Buccaneers of the 17th Century 23.1k VIEWS A list of famous 17th century pirates, including many buccaneers, with lots of pictures and images. The most famous pira...

Lancelot Blackburne is also found on...