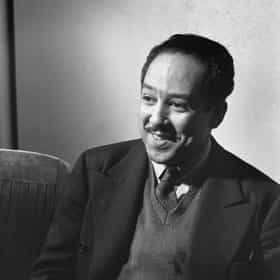 James Mercer Langston Hughes (February 1, 1902 – May 22, 1967) was an American poet, social activist, novelist, playwright, and columnist from Joplin, Missouri. He moved to New York City as a young man, where he made his career. One of the earliest innovators of the then-new literary art form called jazz poetry, Hughes is best known as a leader of the Harlem Renaissance. He famously wrote about the period that "the negro was in vogue", which was later paraphrased as "when Harlem was in vogue".Growing up in a series of Midwestern towns, Hughes became a prolific writer at an early age. He graduated from high school in Cleveland, Ohio and soon began studies at Columbia ... more on Wikipedia

Langston Hughes is ranked on...

Langston Hughes is also found on...