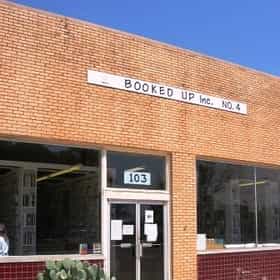 Larry Jeff McMurtry (born June 3, 1936) is an American novelist, essayist, bookseller, and screenwriter whose work is predominantly set in either the Old West or in contemporary Texas. His novels include Horseman, Pass By (1962), The Last Picture Show (1966), and Terms of Endearment (1975), which were adapted into films earning 26 Academy Award nominations (10 wins). His 1985 Pulitzer Prize-winning novel Lonesome Dove was adapted into a television miniseries that earned 18 Emmy Award nominations (seven wins), with the other three novels in his Lonesome Dove series adapted into three more miniseries, earning eight more Emmy nominations. McMurtry and cowriter Diana Ossana adapted the ... more on Wikipedia

Larry McMurtry is ranked on...

#553 of 1,183 The Best Writers of All Time 294.1k VOTES The pen is truly mightier than the sword, and if you’re a book enthusiast you know that to be true. Some of history’s most i...
#39 of 206 The Greatest Living Writers & Most Famous Authors Today 57.5k VOTES If you consider yourself a bibliophile, this list of the absolute best living authors should be of great interest to you. It...
#60 of 385 The Greatest American Writers of All Time 63.1k VOTES Who are the greatest American authors of all time? In just two short centuries, the great U.S. of A. has produced an incredi...
#14 of 81 The Best-Ever Oscar Winners for Writing (Adapted Screenplay) 1.6k VOTES Every year the Academy evaluates a year's worth of brilliant original screenplays and picks what they believe to be the best...

Larry McMurtry is also found on...