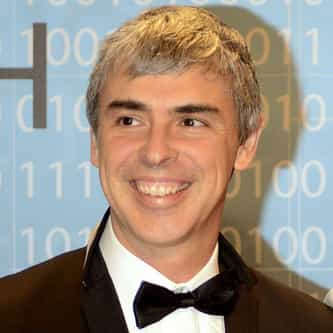 Lawrence Edward Page (born March 26, 1973) is an American computer scientist and Internet entrepreneur who co-founded Google with Sergey Brin.Page is the chief executive officer of Alphabet Inc. (Google's parent company). After stepping aside as Google CEO in August 2001, in favor of Eric Schmidt, he re-assumed the role in April 2011. He announced his intention to step aside a second time in July 2015, to become CEO of Alphabet, under which Google's assets would be reorganized. Under Page, ... more on Wikipedia

Larry Page IS LISTED ON