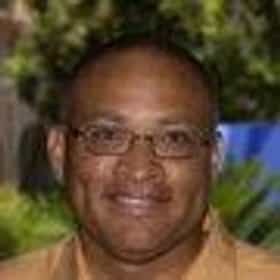 Elister L. "Larry" Wilmore (born October 30, 1961) is an American comedian, writer, producer, and actor. Wilmore served as the "Senior Black Correspondent" on The Daily Show from 2006 to 2014, and hosted The Nightly Show with Larry Wilmore in 2015 and 2016. He is also the creator of the sitcom The Bernie Mac Show. He served as an executive producer for the ABC television series Black-ish. He is also the co-creator, alongside Issa Rae, of the HBO television series Insecure. Since May 2017, he has hosted a podcast, entitled Black on the Air in which he discusses current events and interviews a variety of guests. ... more on Wikipedia

Larry Wilmore is ranked on...

#53 of 68 The Best Celebrity Podcasts, Ranked 6.3k VOTES Grab a seat and relax, as it's time to rank the best celebrity podcasts. Though podcasts are nothing new, tons of celebs hav...
#47 of 62 Best Bill Simmons Podcast Guests 2.4k VOTES The Bill Simmons Podcast is one of the leading sports podcasts in the world, run by Bill Simmons of HBO, currently CEO at Th...
#51 of 57 The Best Male Talk Show Hosts in TV History 1.5k VOTES Most of the best male talk show hosts are on late night talk shows. From Conan O'Brien and David Letterman to James Corden a...
#13 of 70 The Greatest Daily Show Correspondents of All Time 5.3k VOTES You love to watch The Daily Show, we know you do. Whether it's your main source of news (pro tip: also watch the real news!)...
#19 of 23 The Best Black Male Talk Show Hosts In TV History 124 VOTES Talk show hosts help audiences dissect the issues of the day while often adding humor into the conversation. The best black ...
#37 of 57 Dream Presidential Debate Moderators 12.3k VOTES These dream presidential debate moderators might not ever get the chance to prove how awesome they would be at moderating pr...
Famous People Named Larry 19.8k VIEWS List of famous people named Larry, along with photos. How many celebrities named Larry can you think of? The famous Larrys b...
17 People You Forgot Guest Starred on The Office 45.7k VIEWS Guest stars on The Office weren't an uncommon occurrence. The show went on for a whopping nine seasons (201 episodes), so th...

Larry Wilmore is also found on...