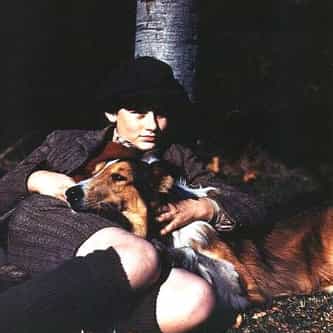 Lassie Come Home is a 1943 Metro-Goldwyn-Mayer Technicolor feature film starring Roddy McDowall and canine actor, Pal, in a story about the profound bond between Yorkshire boy Joe Carraclough and his rough collie, Lassie. The film was directed by Fred M. Wilcox from a screenplay by Hugo Butler based upon the 1940 novel Lassie Come-Home by Eric Knight. The film was the first in a series of seven MGM films starring "Lassie." The original film saw a sequel, Son of Lassie in 1945 ... more on Wikipedia

Where the Red Fern Grows

Lassie Come Home IS LISTED ON