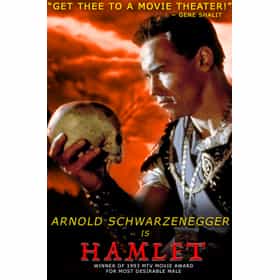 Last Action Hero is a 1993 American action-comedy-fantasy film directed and produced by John McTiernan. It is a satire of the action genre and its clichés, containing several parodies of action films in the form of films within the film. The film stars Arnold Schwarzenegger as Jack Slater, a fictional Los Angeles police detective. Slater is a fictional character even within the film, the hero of the Jack Slater series of action films. Austin O'Brien co-stars as a boy who is magically transported into a parallel universe by a magical movie ticket, one inhabited by Slater and the other characters in the Slater film series. ... more on Wikipedia

Last Action Hero is ranked on...