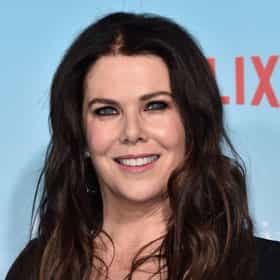 Lauren Helen Graham (born March 16, 1967) is an American actress and author. She is best known for her roles as Lorelai Gilmore on the television series Gilmore Girls (2000–2007 and 2016), for which she received nominations for Screen Actors Guild, Golden Globe and Satellite Awards, and as Sarah Braverman on the NBC television drama Parenthood (2010–2015). Graham's film work includes roles in Sweet November (2001), Bad Santa (2003), The Pacifier (2005), Because I Said So (2007), and Evan Almighty (2007). She published her debut novel with Ballantine Books in 2013, Someday, Someday, Maybe. In 2016, Graham reprised her role as Lorelai Gilmore on Netflix's reunion miniseries Gilmore ... more on Wikipedia

Lauren Graham is ranked on...

#309 of 1,027 The Most Beautiful Women In Hollywood 4.5M VOTES The most beautiful women in the world are a great mix of attractive TV actresses, singers, models, and more, ...
#23 of 59 The Most Gorgeous Girls on Primetime TV 1.1M VOTES This list features the most stunning women from current primetime network television. These women found an audience of ...
#403 of 3,139 People who voted for Lauren Graham... People in the Midwest are 2x more likely to vote for this The Most Beautiful Celebrities Of Our Time 6.3M VOTES This list of hot celebrities is ranked by pop culture junkies worldwide, making it the best place to find the most attractiv...
#213 of 421 The Hottest Women Over 40 in 2013 603k VOTES This is an Ultimate List of the hottest women over 40. It's hard to believe that some of these well known women are over 40,...
#5 of 20 Who Is America's Mom in 2019? 1.1k VOTES You know those women throughout culture that are just so relatable, you almost feel like you know them? Every now and t...
#303 of 327 People who voted for Lauren Graham... People on the West Coast are 3x more likely to vote for this Who Should Be in the 2013 Maxim Hot 100? 134.7k VOTES Maxim Magazine is accepting votes for their 2013 Hot 100 list, but before that's published the Ranker Community is going to ...
#18 of 26 The Best Authors Who Narrate Their Own Audiobooks 126 VOTES In this fast-paced world we live in, it seems not everyone has time to actually sit down and read a book. Though audiobooks ...
People Who Played Siblings, But Were Dating in Real Life 3.6M VIEWS It's easy to understand that sometimes when sparks fly on screen, they also fly off screen. Chemistry is a good thing! It's ...
Celebrities Who Have Starred on Broadway 12.6k VIEWS Most actors don't just stick to the screen. What celebrities have also been in Broadway plays? The celebrities on this list,...
Famous Pisces Female Celebrities 56k VIEWS Intuitive and imaginative, those born under the star sign Pisces have an emotional creativity - no wonder there are so many ...
Famous People Named Lauren 30.3k VIEWS List of famous people named Lauren, along with photos. How many celebrities named Lauren can you think of? The famous Lauren...
22 Famous People Who Were Born in Hawaii 66.1k VIEWS This list contains information about celebrities who were born in Hawaii, loosely ranked by fame and popularity. Several fam...
Celebrities Turning 50 in 2017 78.3k VIEWS The big 50 might be a huge turning point for people, but when a celebrity turns 50, it's just another year passing by. These...

Lauren Graham is also found on...