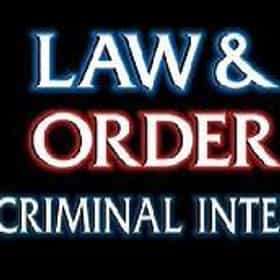 This show is an American police procedural television drama series set in New York City, where it was also primarily produced. Created and produced by Dick Wolf and René Balcer, the series premiered on September 30, 2001, as the second spin-off of Wolf's successful drama Law & Order. This show focuses on the investigations of the Major Case Squad in a fictionalized version of the New York City Police Department set in New York City's One Police Plaza. ... more on Wikipedia

#23 of 24 The Best Shows Airing on Oxygen Now 242 VOTES Oxygen TV started in 2000, but the network was relaunched in 2017 to focus on one of the hottest genres in entertainment, tr...
#42 of 74 The Best Shows You Watched After School in the 2000s 10.9k VOTES The 2000s was a decade of great technological achievements. During this time, we left behind the simpler comforts of the '90...
#11 of 53 The Best USA Network Original Series 6.7k VOTES USA network was perhaps the first cable network to really invest in creating quality original programming.  Listed are ...
#42 of 70 The Most Anticipated Shows On Peacock 630 VOTES Launching in April 2020, Peacock from NBCUniversal is offering 15,000 hours of content from their formidable library. What w...
#13 of 46 The Best Courtroom Shows 2.5k VOTES It makes sense that television loves the courtroom. It's a natural setting for drama, with real-life stakes and gripping int...
#24 of 50 What to Watch If You Love 'Blue Bloods' 97 VOTES Blue Bloods is a police procedural drama that garnered the love and affection of hordes of fans, but if you’ve finished...
#42 of 48 What to Watch If You Love 'NCIS: Los Angeles' 122 VOTES NCIS: Los Angeles kept viewers on the edge of their seats with nail-biting undercover investigations important for national ...
#66 of 110 People who voted for Law & Order: Criminal Intent... People in the Midwest are 2x more likely to vote for this The Best NBC TV Shows of All Time 36.7k VOTES List of popular NBC shows, ranked from best to worst. This list of the best NBC TV shows, which includes both current and ca...
#6 of 44 The Best Dick Wolf Shows and TV Series 3k VOTES Dick Wolf shows list, ranked best to worst, including images of the shows when available. These TV series made by TV creator...
#15 of 110 The Best Legal TV Shows 8.9k VOTES Lawyers! Judges! Criminals! Verdicts! These are the very best legal shows on television, ranked from best to worst. This lis...
#13 of 40 The Best 2000s NBC Shows 1.9k VOTES These are the best 2000s NBC shows ranked by user votes. The 2000s was a great time for NBC television programs. Some of the...
#7 of 26 The Best 2000s NBC Dramas 903 VOTES These are the best 2000s NBC dramas, ranked from best to worst by your votes. Some good 2000s NBC drama shows follow crime-f...