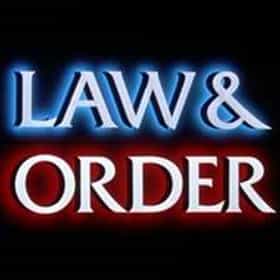 Law & Order is an American police procedural and legal drama television series, created by Dick Wolf and part of the Law & Order franchise. It originally aired on NBC and, in syndication, on various cable networks. Law & Order premiered on September 13, 1990, and completed its 20th and final season on May 24, 2010. Its record of 20 seasons is a tie with Gunsmoke for the longest-running live-action scripted American prime-time series with ongoing characters. ... more on Wikipedia

The Best Law & Order Actors 365 votes The Law & Order cast consists of some of the most recognizable faces in America due to the show's success not only durin...
All The Detectives From 'Law & Order,' Ranked 37.5k votes In Law & Order’s 25 year run on network television, it has introduced viewers to a slew of detectives - some good, some ...
The Best Law & Order SVU Guest Stars 8.2k votes If you’re an actor in New York, chances are that you have been or will be on Law & Order SVU. Like the slow heat death o...
Best Seasons of Law & Order 453 votes It's such a great series, so let's rank every season of Law & Order from best to worst. In case you're not familiar with...