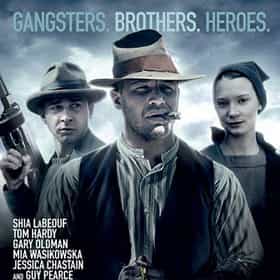 Lawless is a 2012 American drama film directed by John Hillcoat. The screenplay by Nick Cave is based on the historical novel The Wettest County in the World by Matt Bondurant. The film stars Shia LaBeouf, Tom Hardy, Gary Oldman, Mia Wasikowska, Jessica Chastain, Jason Clarke, and Guy Pearce. Lawless explores the actions of three brothers: Forrest, Howard, and Jack Bondurant, who made and sold moonshine in Franklin County, Virginia, during Prohibition. The film was in development for about three years before it was produced. It screened at the 2012 Cannes Film Festival and was theatrically released on August 29, 2012. ... more on Wikipedia

Lawless is ranked on...

Lawless is also found on...