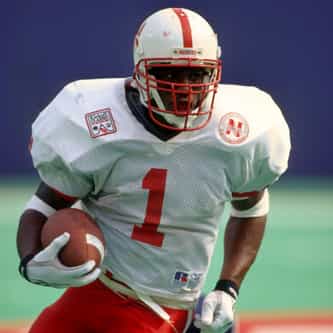 Lawrence Lamond Phillips (May 12, 1975 – January 13, 2016) was a professional American football and Canadian football running back. A two-time college football national champion with the Nebraska Cornhuskers, Phillips played in the National Football League for the St. Louis Rams, Miami Dolphins, and San Francisco 49ers from 1996 through 1999, and for the Montreal Alouettes and Calgary Stampeders of the Canadian Football League in 2002 and 2003. Phillips' career was overshadowed by his ... more on Wikipedia

Lawrence Phillips IS LISTED ON