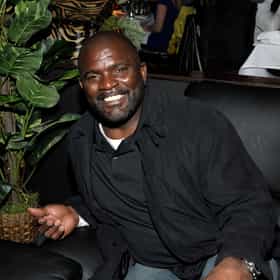 Lawrence Julius Taylor (born February 4, 1959), nicknamed "L.T.", is an American former football player. Taylor played his entire professional career as a linebacker for the New York Giants (1981–1993) in the National Football League (NFL). He is considered one of the greatest players in the history of American football, and has been ranked as the greatest defensive player in league history by former players, coaches, media members, and news outlets such as the NFL Network and Sporting News.After an All-American career at the University of North Carolina (UNC) (1978–1981), Taylor was drafted by the Giants as the second overall selection in the 1981 NFL Draft. Although ... more on Wikipedia

Lawrence Taylor is ranked on...

Lawrence Taylor is also found on...