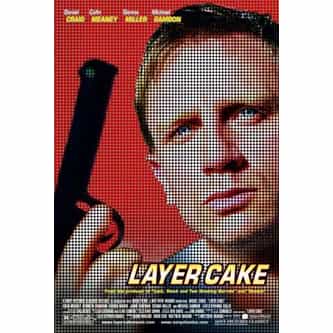 Layer Cake is a 2004 British thriller film directed by Matthew Vaughn, in his directorial debut. The screenplay was adapted by J. J. Connolly from his novel of the same name. The film was produced by Adam Bohling, David Reid and Matthew Vaughn, with Stephen Marks as executive producer. The title refers to the social strata, especially in the British underworld, as well as the numerous plot layers in the film ... more on Wikipedia

Layer Cake IS LISTED ON