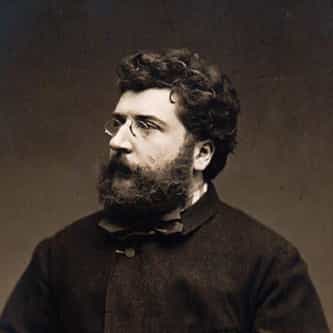 Le docteur Miracle is an opérette in one act by the French composer Georges Bizet. The libretto, by Léon Battu and Ludovic Halévy, is based on Sheridan's play Saint Patrick's Day. Bizet wrote the work when he was just 18 years old for a competition organised by Jacques Offenbach. He shared first prize with Charles Lecocq. His reward was to have the piece performed 11 times at Offenbach's Bouffes-Parisiens theatre. The premiere took place on 9 April 1857 at ... more on Wikipedia