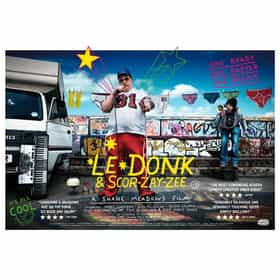 Le Donk & Scor-zay-zee is a 2009 British mock musical documentary film written and directed by Shane Meadows. It follows the fictional character of Le Donk, played by Paddy Considine, a roadie working for Arctic Monkeys, and Scorzayzee, a young rapper playing himself. Similar in format to This Is Spinal Tap, the film blends fiction and reality. In addition to Scorzayzee, director Meadows, editor Richard Graham, and Arctic Monkeys all appear as themselves. Shot in five days in 2007 with a budget of £48,000, the film is the third Meadows feature to star Considine. ... more on Wikipedia