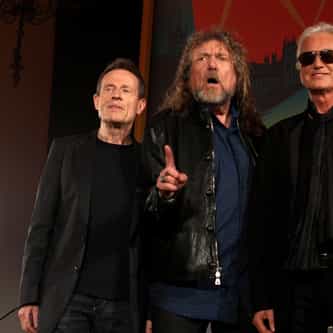 Led Zeppelin were an English rock band formed in London in 1968. The group consisted of vocalist Robert Plant, guitarist Jimmy Page, bassist/keyboardist John Paul Jones and drummer John Bonham. Along with Black Sabbath and Deep Purple, the band's heavy, guitar-driven sound has led them to be cited as one of the originators of heavy metal. Their style drew from a wide variety of influences, including blues, psychedelia and folk music. After changing their name from the New Yardbirds, Led ... more on Wikipedia

4.3k votes The Best Led Zeppelin Albums of All Time

Led Zeppelin IS LISTED ON

young thugs best songs, french canadian cartoon, songs with Sand in the title, most popular artist in the world, dunn last name, girl bands like paramore, who sings animal, period tv shows, songs with jesse in it, tell me song