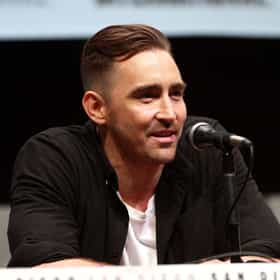 Lee Grinner Pace (March 25, 1979) is an American actor. He starred as Thranduil the Elvenking in The Hobbit trilogy, and as the protagonist Joe MacMillan for four seasons in AMC's television drama Halt and Catch Fire. He also played Roy Walker/the Masked Bandit in the 2006 film The Fall. Pace has appeared in the Marvel Cinematic Universe as Ronan the Accuser, a role he first performed in Guardians of the Galaxy and reprised in Captain Marvel. He has appeared in film series, including The Twilight Saga: Breaking Dawn – Part 2 as Garrett. He starred as Ned in the ABC series Pushing Daisies for which he was nominated for the Golden Globe Award and Primetime Emmy Award for Outstanding Lead ... more on Wikipedia

Lee Pace is ranked on...

#905 of 1,149 The Best Actors in Film History 2.2M VOTES The best actors ever are ranked here in this list of the best actors in film history. These are the greatest actors ever to ...
#224 of 335 The Greatest Actors Who Have Never Won an Oscar (for Acting) 450k VOTES There are many actors who haven't won an Oscar. For 95 percent of the acting population, there is probably a good reason the...
#912 of 2,001 The Greatest Actors & Actresses in Entertainment History 1.7M VOTES The best actors and actresses of all time, male and female, ranked by film fans worldwide. This list of greatest actors and ...
#285 of 461 The Hottest Male Celebrities 3.4M VOTES You love your boyfriend (husband? Lucky you!), but then there are these hot celebrity men. You see them and then you maybe f...
#232 of 282 People who voted for Lee Pace... also upvote Lord of the Rings Franchise on The Best Movies of All Time also upvote X-Men Franchise on The Best Movies of All Time The Best (Male) Actors Working Today 1.5M VOTES The best actors working today include Hollywood legends, Academy Award winners and many of the top up and coming actors in t...
#186 of 244 The Hottest Men Of 2019, Ranked 2.6M VOTES This list rounds up the most handsome men of 2019. Some would say the most handsome man in the world was Brat Pitt,&nbs...
#269 of 527 Famous Men You'd Want to Have a Beer With 1.8M VOTES If given the opportunity to sit down for a beer with any famous male figure, which famous men would you most want to get a d...
#68 of 89 Celebrities Who Should Be A-Listers 119.8k VOTES If pop culture has room enough for multiple A-list Jennifers and Chrises, it has enough time to make some space for cer...
#21 of 29 Who Should Be The Next Wolverine? 10.1k VOTES Now that Hugh Jackman is definitely maybe probably finished with playing Wolverine in the X-Men movies, America needs to pul...
#26 of 30 Who Should Play The Next Green Lantern? 12.7k VOTES The first Green Lantern has been around since 1940. Outside of comics, we saw him in cartoons and video games, but it wasn't...
#7 of 17 17 Actors Who Wore Guyliner For A Role: Who Did It Best? 3.9k VOTES Male actors in make-up is nothing new, of course, but one particular cosmetic trend is becoming more common on screen: ...
#37 of 38 The Best Actors of 2014 12.1k VOTES In 2014, we saw another year of some great performances by leading men and emerging actors. We've gathered the best film act...
Famous Tall Men Over 6'2 443.8k VIEWS Some of the tallest men in Hollywood may not seem so on your screen. Paired alongside other tall actors, shorts actors weari...
Celebrities Who Came Out In 2018 405k VIEWS As time goes by, the world is becoming more and more supportive of LGBTQ+ individuals and this has paved the way for th...
Famous People Named Lee 21.2k VIEWS List of famous people named Lee, along with photos. How many celebrities named Lee can you think of? The famous Lees below h...
Actors And Actresses Who Were Only A Couple Years Older Than The People Playing Their Kids 31.1k VIEWS Hollywood isn't known for being particularly concerned with realism. This is manifested in a variety of ways, especially&nbs...
Celebrities Who Turned 40 in 2019 38.3k VIEWS UPDATED: Check out the celebrities turning 40 in 2020! Several celebrities celebrated their 40th birthdays in 2019. Action...

Lee Pace is also found on...