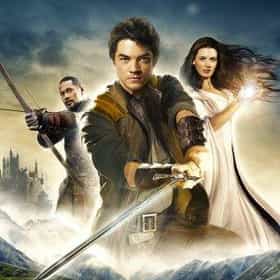 Legend of the Seeker

Legend of the Seeker is a television series based on novels in the series titled The Sword of Truth by Terry Goodkind. Distributed in U.S. by Disney-ABC Domestic Television, ABC Studios produced the series for First-run syndication with Sam Raimi, Robert Tapert, Joshua Donen, Ned Nalle, and Kenneth Biller serving as executive producers. The show premiered on November 1, 2008 and ran for two seasons before its cancellation in 2010. The series follows the journeys of a long awaited "Seeker of Truth" named Richard Cypher, a Confessor named Kahlan Amnell, a wizard named Zeddicus Zu'l Zorander, and a Mord-Sith named Cara as they defend the people of their realm against tyranny and ... more on Wikipedia

Legend of the Seeker is ranked on...