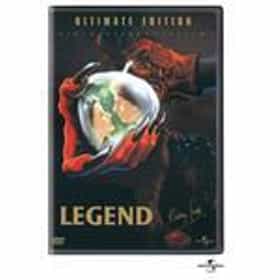 Legend is a 1985 British-American fantasy adventure film directed by Ridley Scott and starring Tom Cruise, Mia Sara, Tim Curry, David Bennent, Alice Playten, Billy Barty, Cork Hubbert, and Annabelle Lanyon. It is a darker fairy tale and has been described as a return to more original, sometimes disturbing, fables, from the oral tradition of ancient times before reading and writing were widespread. Although not a commercial success when first released, it won the British Society of Cinematographers Award for Best Cinematography in 1985 for cinematographer Alex Thomson, as well as being nominated for multiple awards: Academy Award for Best Makeup; Academy of Science Fiction, Fantasy ... more on Wikipedia

Legend is ranked on...

Legend is also found on...