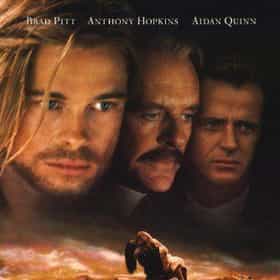 Legends of the Fall

Legends of the Fall is a 1994 American epic drama film directed by Edward Zwick and starring Brad Pitt, Anthony Hopkins, Aidan Quinn, Julia Ormond, and Henry Thomas. Based on the 1979 novella of the same title by Jim Harrison, the film is about three brothers and their father living in the remote wilderness of early 1900s and how their lives are affected by nature, history, and love. The film's time frame spans the decade before WWI through the Prohibition era, and into the 1930s, ending with a brief scene set in 1963. ... more on Wikipedia

Legends of the Fall is ranked on...

Legends of the Fall is also found on...