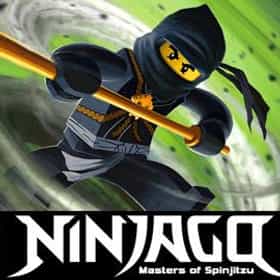 Lego Ninjago: Masters of Spinjitzu is an action comedy family animated TV series that centers on the adventures of five ninjas. The series is based on the Lego toy series of the same name. Two pilot episodes were shown on Cartoon Network on January 14, 2011, sometimes split into four episodes. Due to the popularity of the pilot episodes, the first season was launched from December 2011 – April 2012 alongside a new line of sets marketed as "Rise of the Snakes". The pilot episodes were released on DVD in March 2011, and the first season became available on DVD in Region 1 on June 26, 2012. The series as a whole has an estimated budget of kr 37 million ... more on Wikipedia

Lego Ninjago: Masters of Spinjitzu is ranked on...

#358 of 408 The Best TV Shows to Rewatch 131.1k VOTES List of the best TV shows to rewatch, as ranked by television fans and critics. When the weekend comes around and you can’t ...
#8 of 16 The Best Current Cartoon Network Shows 7.7k VOTES Some of the best Cartoon Network shows on now in 2019 illustrate the ways in which animation - and children's programming in...
#264 of 362 The Best Streaming Netflix TV Shows 5.3M VOTES The best streaming Netflix TV shows include some great television dramas, sci-fi/adventure shows, sitcoms, and reality TV pr...
#19 of 93 The Best Kids & Family Shows On Netflix 6.8k VOTES Here are the best kids shows streaming now on Netflix. Whether you're looking for cartoons or family-friendly shows, this li...
#39 of 63 The Best Family Shows on Amazon Prime 1.3k VOTES There's nothing like sitting back on a night in with your family, and what better way to spend such a night than watching sh...
#39 of 51 The Best Martial Arts TV Shows 3.9k VOTES The very best martial arts shows on television, ranked from best to worst. This list of the greatest martial arts shows also...
#25 of 52 The Best Animated Shows On Amazon Prime 1.1k VOTES From kids to adults, everyone can enjoy a nice animated TV show, and there's plenty available on Amazon Prime. From stop-mot...
#18 of 37 The Best TV Shows Based on Toys 1.1k VOTES Back in the 1980s, it seemed that no new cartoon could hit the Saturday morning lineup without first having a toy line to ba...
#1 of 16 The Best LEGO TV Shows Ever Made 557 VOTES Since the first-ever LEGO series debuted in 1987 with the claymation series of shorts Edward and Friends, brick buildin...