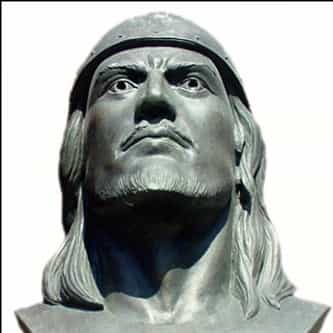 Leif Erikson or Leif Ericson (c. 970 – c. 1020) was a Norse explorer from Iceland. He was the first known European to have set foot on continental North America (excluding Greenland), before Christopher Columbus. According to the Sagas of Icelanders, he established a Norse settlement at Vinland, tentatively identified with the Norse L'Anse aux Meadows on the northern tip of Newfoundland in modern-day Canada. Later archaeological evidence suggests that Vinland may have been the areas around ... more on Wikipedia

Leif Erikson IS LISTED ON