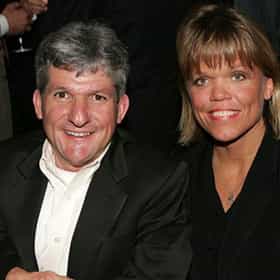 Leonard Simon Nimoy (; March 26, 1931 – February 27, 2015) was an American actor, film director, photographer, author, singer, and songwriter. He was known for playing Spock in the Star Trek franchise, a character he portrayed in television and film from a pilot episode shot in late 1964 to his final film performance in 2013.Nimoy began his career in his early twenties, teaching acting classes in Hollywood and making minor film and television appearances through the 1950s, as well as playing the title role in Kid Monk Baroni. Foreshadowing his fame as a semi-alien, he played Narab, one of three Martian invaders, in the 1952 movie serial Zombies of the Stratosphere. From 1959 to 1962 he ... more on Wikipedia

Leonard Nimoy is ranked on...

#267 of 1,149 The Best Actors in Film History 2.2M VOTES The best actors ever are ranked here in this list of the best actors in film history. These are the greatest actors ever to ...
#331 of 2,001 People who voted for Leonard Nimoy... also upvote Star Trek Franchise on The Greatest Sci-Fi Movies of All Time also upvote Indiana Jones Franchise on The Best Movies of All Time The Greatest Actors & Actresses in Entertainment History 1.7M VOTES The best actors and actresses of all time, male and female, ranked by film fans worldwide. This list of greatest actors and ...
#105 of 337 The Coolest Actors Ever 729.8k VOTES As movie fans, we like to think of our favorite actors as being larger than life. With all of the coverage that these stars ...
#274 of 477 Famous Role Models We'd Like to Meet In Person 528.5k VOTES These are the famous folks it would be most exciting to meet in person, as ranked by the wisdom of the crowd. Some of the be...
#139 of 931 People who voted for Leonard Nimoy... People on the West Coast are 2x more likely to vote for this People We Wish Were Still Alive 3.2M VOTES RIP to our world's greatest achievers, those who changed the way we live and the ways we thought. This list of people we wis...
#447 of 2,836 The Most Influential People of All Time 2.4M VOTES This is a list of the most influential people of all of human history. This means that the individuals on this list have had...
#55 of 255 Actors You Would Watch Read the Phone Book 314.3k VOTES List of actors who you would watch do something as mundane as read the phone book. Some of these guys are leading men, consi...
#21 of 505 The Best TV Actors of All Time 106k VOTES The greatest TV actors of all time. Some of these actors have been in movies, some of them are even more well known at this ...
#103 of 527 Famous Men You'd Want to Have a Beer With 1.8M VOTES If given the opportunity to sit down for a beer with any famous male figure, which famous men would you most want to get a d...
#63 of 311 Which Actor Would You Bring Back for One Final Movie? 182.7k VOTES We asked, you answered. Fans of the Ranker Facebook page chose which dead actors they’d like to bring back to life for just ...
#8 of 75 People who voted for Leonard Nimoy... also upvote James Bond Franchise on Every James Bond Movie, Ranked Best to Worst The Greatest Guest Appearances in The Simpsons History 8.1k VOTES With 25+ seasons completed and seemingly no end in sight, there is certainly no shortage on the number of celebrity guest st...
#127 of 185 Celebrity Death Pool 2014 31.5k VOTES Celebrity death pool 2014: Here's a complete list of celebrities who just might die in 2014. Every year we lose more and mor...
The Locations of All Hollywood Walk of Fame Stars 417.8k VIEWS A list of stars on the Hollywood Walk of Fame, with photos. This list includes all television and movie stars. Acquiring a s...
20 Famous Long-Term Couples That Split 91k VIEWS Get ready to feel terrible! This list contains information about long-term couples that split, loosely ranked by fame and po...
Dead Actors and Actresses of 2015 1M VIEWS It’s time to say goodbye. This list of famous actors and actresses who have died in 2015 is a complete list of those stars w...
Actors Who Really Wanted Their Movie Characters To Die 357 VIEWS Who decides a fictional character's fate? Usually, it's the writers, but every so often, an actor plays a part in ...
Famous People Named Leonard 10k VIEWS If your name is Leonard, then you're in some great company. Here's our list of the most famous people named Leonard, includi...
Celebrities Who Were In The Military 7.7M VIEWS The many celebrities who were in the military signed up to make the ultimate sacrifice for their countries. Through the year...
75+ Straight Celebrities Who Fight for Gay Rights 195.7k VIEWS You don't have to be gay to fight for gay rights, as the straight celebrities on this list have proven. Several famous strai...
75+ Celebrities Who Are Cat People 376.1k VIEWS Cats. You love them or you hate them. However, several famous actors, comedians, and musicians are cat people. One famous ...
Celebrities Who Separated After They Were Together 30 Years 3.2k VIEWS Even the longest celebrity marriages sometimes end in divorce. Just because a couple reaches their diamond anniversary doesn...
Tiny Movie Cameos By Super Famous People 198k VIEWS Some actors have perfected the art of making a cameo. They can drop in and blow your mind in five minutes or less and s...
Famous People with Tinnitus 267.9k VIEWS Hear a ringing in your ears? The celebrities on this list of famous people with tinnitus (which is loosely ranked by fame an...
20 Famous People With Master's Degrees 66.5k VIEWS Several famous actors, actresses, athletes, and musicians have furthered their education by earning Master's Degrees. Some o...
Male Celebrities Who Are 6’0" 12.6k VIEWS This list contains examples of male celebs who are 6'0" loosely ranked by fame and popularity. Comfortably taller than ...
17 Celebrity Face Cakes That Don't Look Quite Right 92.6k VIEWS No matter who they are, all celebrities have some defining feature about them (a mole, their weathered good lucks, etc.) tha...

Leonard Nimoy is also found on...