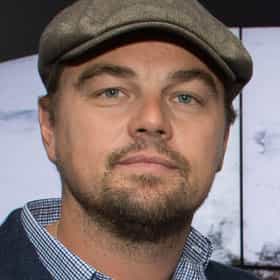 Leonardo Wilhelm DiCaprio (, Italian: [diˈkaːprjo]; born November 11, 1974) is an American actor, film producer, and environmentalist. His accolades include an Academy Award and three Golden Globe Awards. DiCaprio began his career by appearing in television commercials in the late 1980s. He next had recurring roles in various television series, such as the soap opera Santa Barbara and the sitcom Growing Pains. He debuted in his film career by starring as Josh in Critters 3 (1991). He starred in the film adaptation of the memoir This Boy's Life (1993), and received acclaim and his first Academy Award nomination for his supporting role in What's Eating Gilbert Grape (1993). He gained ... more on Wikipedia

Leonardo DiCaprio is ranked on...

Leonardo DiCaprio is also found on...