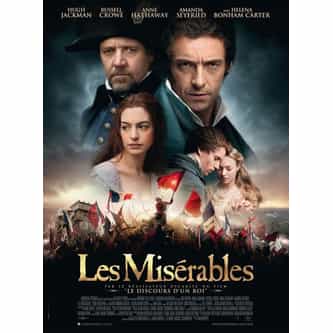 Les Misérables is a 2012 musical drama film directed by Tom Hooper, based on the 1862 French novel of the same name by Victor Hugo, which also inspired a 1980 concept album and 1985 musical by Alain Boublil and Claude-Michel Schönberg. Set in France during the early 19th century, the film tells the story of Jean Valjean (Hugh Jackman), an ex-convict who decides to turn his life around. ... more on Wikipedia

Les Miserables IS LISTED ON