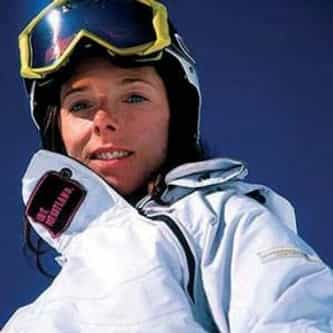 Lesley McKenna (born 9 August 1974 in Aviemore, Badenoch and Strathspey) was a British professional snowboarder based in Aviemore, Scotland. McKenna has to date competed in three Winter Olympic Games in 2002, 2006 and 2010 but has not won any medals. At the 2010 games, she crashed in both her qualification runs in the women's halfpipe and finished last. She has also competed on the world cup circuit for several years with more success achieving six podium positions including two first ... more on Wikipedia

Lesley McKenna IS LISTED ON