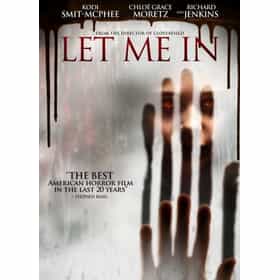 Let Me In is a 2010 romantic horror film written and directed by Matt Reeves and starring Kodi Smit-McPhee and Chloë Grace Moretz. It is a remake of the 2008 Swedish film Let the Right One In, directed by Tomas Alfredson, and adaptation of the novel of the same name by John Ajvide Lindqvist. It tells the story of a bullied 12-year-old boy who develops a friendship with a vampire child in Los Alamos, New Mexico in the early 1980s. Interest in producing an English version of Let the Right One In began in 2007 shortly before it was released to audiences. In 2008, Hammer Films acquired the rights for the English adaptation and initially offered Tomas Alfredson, the director of the ... more on Wikipedia