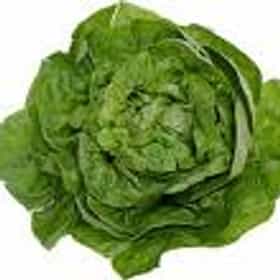 Lettuce is an annual plant of the daisy family Asteraceae. It is most often grown as a leaf vegetable, but sometimes for its stem and seeds. Lettuce was first cultivated by the ancient Egyptians who turned it from a weed, whose seeds were used to produce oil, into a food plant grown for its succulent leaves, in addition to its oil-rich seeds. Lettuce spread to the Greeks and Romans, the latter of whom gave it the name "lactuca", from which the English "lettuce" is ultimately derived. By 50 AD, multiple types were described, and lettuce appeared often in medieval writings, including several herbals. The 16th through 18th centuries saw the development of many ... more on Wikipedia

Lettuce is ranked on...

Lettuce is also found on...