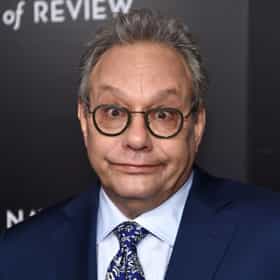 Lewis Niles Black (born August 30, 1948) is an American stand-up comedian, author, playwright, social critic, voice actor, and actor. He is best known for his angry demeanour and belligerent comedic style, in which he often simulates having a mental breakdown. His comedy routines often escalate into angry rants about history, politics, religion, or any other cultural trends. He hosted the Comedy Central series Lewis Black's Root of All Evil and makes regular appearances on The Daily Show with Trevor Noah delivering his "Back in Black" commentary segment, which he has been doing since The Daily Show was hosted by Craig Kilborn. When not on the road performing, Black resides in ... more on Wikipedia

Lewis Black is ranked on...

Lewis Black is also found on...