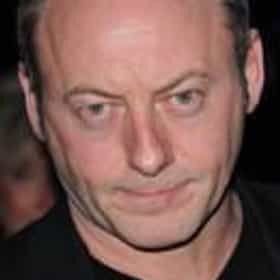 Liam Cunningham (born 2 June 1961) is an Irish stage and screen actor. He is known for playing Davos Seaworth in the HBO epic-fantasy series Game of Thrones.Cunningham has been nominated for the London Film Critics' Circle Award, the British Independent Film Award, has won two Irish Film & Television Awards, and shared a BAFTA with Michael Fassbender, for their crime-drama short film Pitch Black Heist. His notable film roles include A Little Princess (1995), Jude (1996), Dog Soldiers (2002), The Crooked Man (2003), The Wind That Shakes the Barley (2006), Hunger (2008), The Escapist (2008), Good Vibrations (2013), Let Us Prey (2014) and The Childhood of a Leader (2015). ... more on Wikipedia

Liam Cunningham is ranked on...

#22 of 48 The Best Irish Actors Working Today 6.2k VOTES There have been plenty of great Irish actors throughout film history, but which male Irish actors working today are the grea...
#22 of 48 The Best Irish Actors of All Time 41.9k VOTES Sure, Colin Farrell is a handsome bad boy, but what about all those other great Irish actors? This list of the best Irish ac...
#14 of 52 The Best Game of Thrones Actors 22.9k VOTES Perhaps it should come as no surprise that there are a slew of award-winning actors in the Game of Thrones cast. T...
#22 of 24 How the Cast of Game of Thrones Aged from the First to Last Season 20.7k VOTES From fighting white walkers to angling for a seat on the Iron Throne, viewers have been on the edge of their seats while wat...
Famous People Named Liam 18.9k VIEWS Who knew there were so many famous people named Liam in the world? Our list of celebrities named Liam includes pictures and ...
Famous People Whose Last Name Is Cunningham 2.5k VIEWS Being a fairly common name, it's no surprise there are a lot of famous people with the last name Cunningham. Do you recogniz...

Liam Cunningham is also found on...