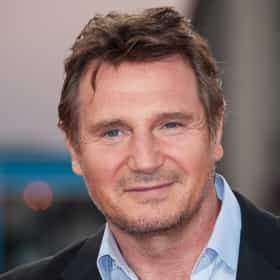 Liam John Neeson (born 7 June 1952) is an actor from Northern Ireland. He has been nominated for a number of awards, including an Academy Award for Best Actor, a BAFTA Award for Best Actor in a Leading Role, and three Golden Globe Awards for Best Actor in a Motion Picture Drama. Empire magazine ranked Neeson among both the "100 Sexiest Stars in Film History" and "The Top 100 Movie Stars of All Time".In 1976, Neeson joined the Lyric Players' Theatre in Belfast for two years. He then acted in the Arthurian film Excalibur (1981). Between 1982 and 1987, Neeson starred in five films, most notably alongside Mel Gibson and Anthony Hopkins in The Bounty (1984), and Robert ... more on Wikipedia

Liam Neeson is ranked on...

Liam Neeson is also found on...